Tokyo Street Fashion: The Best in the World? 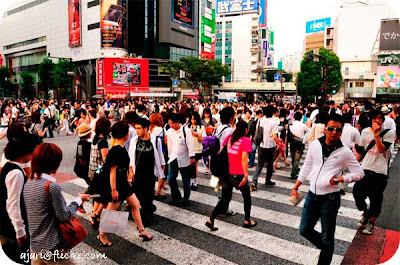 When I lived in Tokyo in the 1980s one of my favorite pastimes was observing the street fashion bursting all around me (and trying in my own way to emulate it). And every time I have visited Japan since (trips too numerous to count!), I still can’t get enough of it. I’m not talking about the more over-the-top stuff like Lolita Goth or those manga maids and cos-play, or the wildness you might see in the Fruits series. And I’m not talking about Gwen Stefani’s lame attempts at capturing Harajuku fashion. I’m talking about how many young people (and some not-so-young) make an effort to look “put-together” when they go out of the house. In Tokyo or Osaka or Kyoto you don’t just “throw something on” when you go out, even when you’re running errands. You take pride in your appearance and feel good about yourself.

And this isn’t all about brands and haute couture. In fact, it’s often absent from the scene. This is about how young women (and men too) take disparate pieces of clothing, shoes and accessories and come up with a creative, fashionable outfit that expresses their personality along with the latest fashion trends.

I was a big fan of the Sex and the City TV show, but even though I love fashion I was never crazy about the clothes on that program. The outfits seemed inaccessible and often the result of over-trending, which led to the four women often looking like fashion victims instead of trendsetters.

I certainly haven’t been all over the world, but I have spent quality time in Manhattan, Chicago, Los Angeles and Paris, and have lived most of my life in San Francisco and its environs. And I think Japan (and especially Tokyo) still rules the street fashion world. Japanese put an importance on accessible, smart style that I don’t think exists to this extent anywhere else in the world, though I have to say I do not have much experience with London (only spent two days there long ago) and I’ve yet to visit Hong Kong, Seoul, or Shanghai (which I assume probably take their cues from Tokyo).

Of course I’d love to hop a plane right now and be back in the thick of Tokyo fashion, but thanks to the Internet I can see what’s happening on Tokyo streets right now. There are many Web sites devoted to Tokyo street fashion, but one of my favorites is Tokyo Street Style. TSS offers photos of the fashionable strolling the top fashionable Tokyo districts: Shibuya, Harajuku, Ginza, Daikanyama, and Omotesando and is updated weekly.

When I wanted the art department at my publisher to change Midori’s face on the original cover of Midori by Moonlight, I sent them three photos from the Ginza section and they did a great composite job of creating the face I had envisioned for her.

The pictures on TSS are all real people—not models—and show that everyone can have a great sense of style if they want to.
Posted by Wendy Tokunaga at 8:55 AM 2 comments:

The Internet continues to be all abuzz about the new J-pop Center dubbed New People that is having its grand opening this Saturday in San Francisco's Japantown (1746 Post Street). This mall will boast a cafe, boutiques, an art gallery, movie theater, and more. Here's a good article from my hometown paper, The San Francisco Chronicle, that gives a lot of the details. This is sure to be quite an extravaganza.

I won't be able to make the opening but I plan to go sometime on a weekday during the following week when things will be a little quieter. And hopefully, armed with my newish Canon pink PowerShot camera I'll be able to take some pictures and post them here. 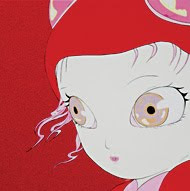 Posted by Wendy Tokunaga at 2:30 PM No comments: