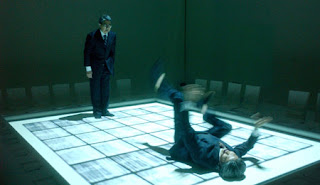 This looks like such a fascinating play. I wish I could be in New York to see it. Maybe it will come to San Francisco. heavenly BENTO tells the story of the epic journey of the founding of Sony by two friends who dream of reconstructing Japan after the country's devastation in the days following the end of World War II. The video gives you a taste of this unusual production that will be at the Post Theater September 17-19.