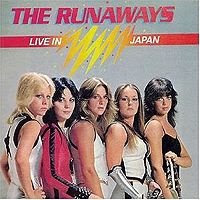 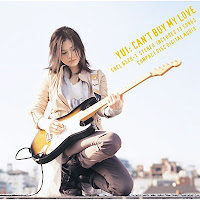 The Guardian reports on the predominance of women in the J-rock scene, which can seem paradoxical when thinking of the strict gender roles associated with Japan. As a female musician I was always struck by the abundance of women musicians and singers in the Japanese music business, even during the time when there was a dearth of women heard on American radio. To this day I’d say that the most popular performers are female and Japan was even one of the few to embrace that classic American all-girl band, The Runaways, who were pretty much ignored in the States.

The article goes on to say that Japan’s culture of karaoke is an important influence on female J-rock because of all the great female singers from before, thereby placing a high importance on vocal melodies. I couldn’t agree more. And maybe this partly explains my long attraction to J-pop and enka and my many favorites from the days of Akina Nakamori and Sayuri Ishikawa on up to Namie Amuro, Hikaru Utada, Ayumi Hamasaki and now Yui, whom I’ve just been introduced to by a number of fine J-pop bloggers.

I’m not ready to say that this pure freedom of expression we see in Japanese women pop and rockers is something that can change a society but, perhaps, little by little, they are contributing as empowering role models to other young women.
Posted by Wendy Tokunaga at 9:22 AM